Corporate culture: If you’re going to improve it, talk about it

Anthony McNamara, content creator at The Comms Crowd looks at why it is important for companies to talk about their corporate culture and values and why it is should be part of their communications plan. 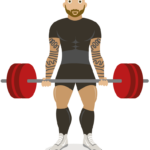 For any business to perform at optimal levels, designated KPIs must be monitored and assessed regularly. Typically, these KPIs surround functions such as sales, technology infrastructure, PR and marketing, and client relationships.

Critical though such metrics are, they are the supporting walls and lintels of the corporate edifice, and without a solid foundation, they are liable to collapse.

Sitting beneath the processes, goals, and assets of a successful business, that foundation takes its form as the corporate culture. Often neglected in favour of more short-term pursuits, developing a strong, inclusive, and supportive culture is the key to unlocking maximum potential.

However, simply embedding such a culture is not enough if you want to really reap its rewards; you have to talk about it.

In this blog, we look at the benefits of a great corporate culture, how The Comms Crowd clients have developed theirs, and how we helped them spread news of their successes to the masses.

The ‘Great Resignation’ has put corporate culture to the fore

If the development of a robust corporate culture was important before the Covid-19 pandemic, it became critical in the years that followed.

In what became known as the ‘Great Resignation’, employees voluntarily resigned from their jobs in unprecedented numbers and in the UK, between July and September 2021 alone, over 400,000 workers left their jobs.

Among the cited reasons employees gave for leaving were hostile working environments. Indeed, such was the prevalence of the reported phenomenon, that ‘toxic workplaces’ became a trending topic nationwide.

It is clear that the massive disruption of the last few years prompted fresh expectations among the workforce as to what behaviours they will and will not tolerate. A poor or neglected corporate culture may have been grudgingly endured before the 2020s commenced. But times have changed.

Quorsus, a former Comms Crowd client and strategic financial services consultancy founded just before the pandemic started and now owned by Capgemini, led discussions on the dangers of a toxic company culture and how one might be avoided. Quorsus was established with a vow that theirs would be a corporate culture imbued with positivity and reinforced by core values from the start.

Within consultancies – where your people are your product – the importance of embedding such a culture and values cannot be overstated and goes some way to explaining the extraordinary success Quorsus has enjoyed.

With our help, their approach and their message was amplified across their sector and beyond.

Ask any education professional, and they will confirm that praise is essential for a child’s development. The chemical reaction experienced from being told they’ve done a great job provides an immediate boost to a child’s sense of self-worth and encourages them to continue working hard so they might experience it again.

In other words, it has the power to supercharge their productivity.

Yet, something changes when we reach adulthood and enter the world of work. It’s as though we forget those reward centres exist and how powerful they are. Consequently, praise is often replaced by criticism and our inner child – still so easily motivated by encouraging words – begins to suffocate in a miasma of ruthless expectation.

It is short-sighted, to say the least. A national Workplace Culture Survey of US employees found that 63% of respondents claim that workplace culture directly impacts their organisation’s success.

Productivity also depends on the abundance of opportunity. When a former client and friend of The Crowd dxw,  a leading employee-owned digital agency that works with the public and third sectors, launched its Returners’ Programme to help build a diverse, inclusive workforce, it broke new ground.

To ensure that dxw’s sector and potential stakeholders knew of its endeavours, the agency brought in The Comms Crowd to tell and disseminate their story. The coverage was such that dxw has become recognised as an expert provider not just of digital public services, but of opportunity to those who may have felt it had passed them by.

Together we made sure that the world knew of its leadership position in creating a positive, inclusive culture. Among various steps, this included becoming one of the first companies to introduce gender pronouns into their signatures.

dxw’s small size notwithstanding, the firm went on to win an array of company culture awards, helping to attract exceptional like-minded talent. An essential for any fast-growing technology enterprise.

Five years on and ‘The Great Resignation’ jolted many organisations into action because they didn’t want to lose their top talent. Recognising that avoiding high employee turnover requires more than just an amenable working environment, many firms put a renewed focus on facilitating professional development.

Ahead of any recruitment drive, senior leaders invariably begin reviewing factors such as pay scales, perks and benefits, and holidays. However attractive they’re able to make each perk, if the organisation is renowned as a place where careers stagnate, the drive is doomed to failure.

As such, building a positive culture requires embedding opportunity and routes to success at all levels of the business. The best cultures underpin this by making commitments to personal development as much as professional, properly rewarding achievements, and understanding of the importance of a healthy work/life balance.

Former client, JDX Consulting, acquired by Delta Capita, attributed their sustained global success to a carefully developed culture of inclusivity, coaching, and empowerment that allowed the firm to attract diverse, high-quality talent from all walks of life.

By entrusting The Comms Crowd with articulating and sharing their methodologies, JDX quickly became the corporate culture benchmark within their sector before their acquisition by Delta Capita.

We then went further by working with JDX to promote their Festival of Learning, a professional development programme set up by the firm’s HR division. The initiative gives employees the space and tools to grow professionally at their own pace and take control of their own career progress.

Showcase your corporate culture with The Comms Crowd

Our clients love us because we’re adept at getting their messages and successes out into the public domain and the publications their stakeholders engage with.

If you have invested time and money into developing a corporate culture that breeds energy, achievement, opportunity, and happiness, it deserves to be celebrated.

Moreover, potential talent, partners, investors, and clients want to know what you’ve done and are doing. Speak to The Comms Crowd today, and our internal comms consultant, PRs and writers can ensure they soon will.