Journalists working with PRs – how to avoid conflict of interests

Can a  journalist comfortably hang out with PRs ? 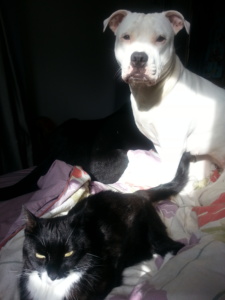 There are some who say journalists and PRs are chalk and cheese. They want different things, they see the world in different ways, and it is impossible to work in both camps.

But that’s not true. It is possible to be a freelance journalists who also works with PRs. There can be significant benefits to working in both camps.

I can bring to PR clients an understanding of what journalists might be looking for because I know what I would be looking for. Meanwhile when doing freelance journalism I have a feel for what it is like to be in a PR’s shoes, which can help me get the best from them and their clients.

But working on both sides of ‘the divide’ isn’t something to be taken on lightly. There can be difficult situations, and challenges which can sometimes mean saying ‘no’ to particular opportunities.

For example, it is important not to write about an organisation as a journalist while working with them as a PR. In my book, the only exception to this rule is if whoever has commissioned work is fully aware of the PR side of things and gives the OK, and the PR side is also fully aware and gives consent. If a commissioning editor asks me to write about something and I work for, or have recently worked for the company involved I say so, giving them the option to find another writer. If a PR wants me to do a piece of work that might compromise or affect my relationship with an editor, I’ll turn it down and tell them why.

Similarly, it is completely wrong to break confidences. As a journalist I am told many things I can’t make public until a certain time – or indeed I can’t ever make public. The same goes as when working with PRs. Often agreements are signed which prohibit disclosure. But even where there aren’t formal agreements, keeping schtum when it comes to insider information really matters.

I don’t find any of this to be a problem. Keeping a professional distance between the two ‘sides’ is not difficult when you work with editors and PR bosses who understand and share the same ethics. A good PR boss simply won’t ask a journalist to push a particular client forwards with a commissioning editor. And frankly, if a PR ever did ask me to do that, I’d just walk away.

As long as professional respect remains in tact, the relationships can flourish.
Share