How the storyteller got her PR stripes

Are you sitting comfortably? Then I’ll tell you how I fell into PR 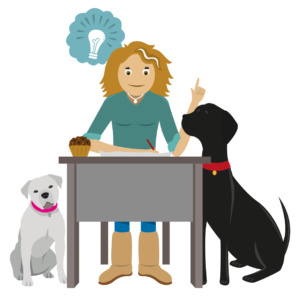 Once upon a time, many years ago, there was a very bored admin manager who worked for a software development company. She found her job excessively dull, and so would spend much of the day quietly sitting at her computer, writing short stories. For some six months, she (barely) managed to perform her admin duties while working tirelessly on her craft, and soon enough her stories started to get the literary recognition she so desperately craved.

But then one day, the CEO – an entirely overly motivated individual, in her opinion, whom she’d successfully managed to avoid in the main – summoned her to his office. Her heart sunk when she saw upon his desk a sheaf of printouts, not of the latest tedious project timelines, but varying drafts of her stories and poems.

She braced herself to be fired: what cared she? She would live in an attic, make a career move out of being miserable and thin, wear fingerless gloves and die a fine and beautiful death of consumption.

“These are rather good,” he said evenly.

Momentarily thrown off balance but determined to remain on the offensive, she replied, “Well if you can’t give me enough to do, I have to get through the terminable day somehow.”

“My fault entirely,” he concurred with a half-smile.

She glared at him balefully. Was he just passing time waiting for the HR lackey to come in and do his dirty work for him?

Apparently not. “So I was wondering if I might prevail upon you to apply your talents to writing a few stories about the company, our solutions and how we help our customers grow and so forth…”

“Oh, I don’t think so,” she interrupted, immediately seeing a flaw in his plan. “They’d be so boring: who would want to read those?”

“Ah, yes,” he replied with a mere smidge of a vindictive twinkle in his eye. “But it would be your job to make them interesting, tell a good story, engage the reader and what not. Then, maybe, you might talk to a journalist or two, see if you could interest them in writing their own stories about us…”

“Well, no need to agree the brief right now. Why don’t you have the rest of the afternoon off to think about it?”

She grabbed her papers from his desk and stalked with great dignity from his office, not trusting herself to speak.

And so it was that after a sodden gin review of her overdraft facility, our heroine reluctantly conceded that just possibly there were worse things one could do for a living than telling corporate stories.

She’d just do it for a few months before she went and found herself a proper job ­or, at least had saved enough for a deposit on an attic and a pair of fingerless gloves…

And so, best beloveds, thanks to the thankless intervention of a remarkable CEO, I began my twenty year, hugely enjoyable and vastly rewarding career in PR.

Funny that now, ‘PR is all about telling stories.’ I thought it always was…